The Harney Lane Grade Separation Project in Lodi was completed in December 2017. The project included the creation of an 250 ft. overpass over the Union Pacific railroad line between Hutchins and Stockton streets, the addition of one driving lane in each direction from Highway 99 to Hutchins Street, the installation of soundwalls, sidewalks and center median, and landscaping. 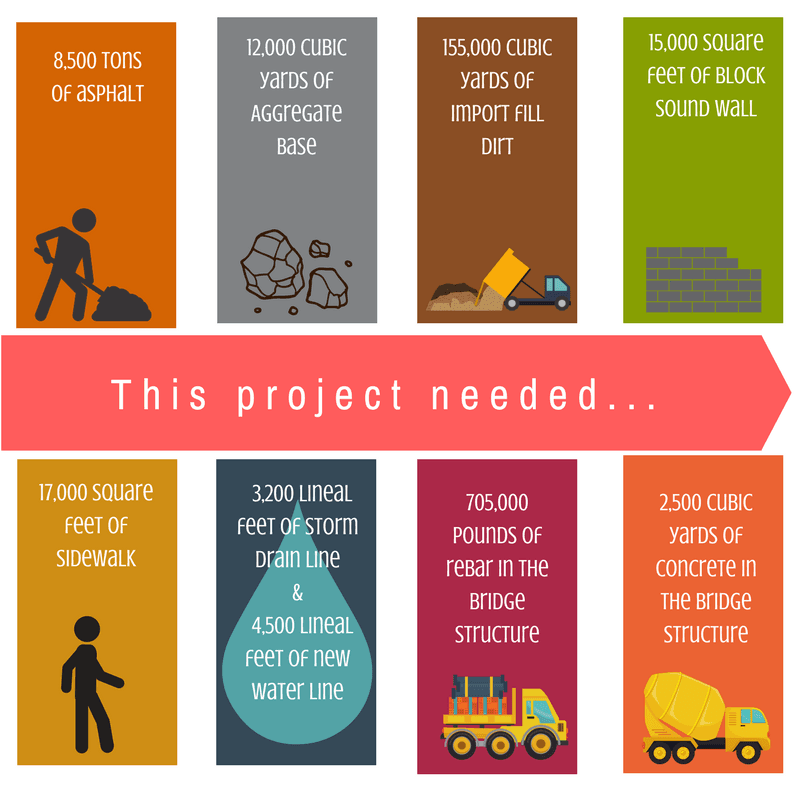 Construction began in April 2016, with an expected completion time of 18 months. The two south lanes were opened to two-way traffic in May 2017. In November 2017 both sides of the bridge were opened to drivers through one eastbound and one westbound lane. The project was opened to its final, four-lane configuration in December 2017. 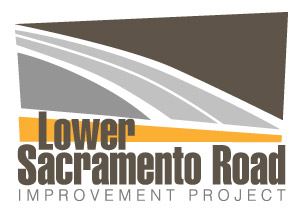 The Lower Sacramento Road Improvement Project was completed in May 2017. Improvements to the 2.5 miles between Eight Mile Road and Harney Lane include: two new lanes in each direction with 8-foot wide shoulders and bike routes, a raised concrete median, a new traffic signal at Mettler Road, and modifications to an existing traffic signal at Armstrong Road. Also, overhead utilities were converted to underground to enhance safety and overall aesthetic.

A ribbon cutting ceremony to celebrate the project's completion was held on Monday, September 25, 2017 on the northwest corner of Lower Sacramento Road and Armstrong Road. The project began in October 2014 and was completed five months ahead of schedule, with no injuries or accidents.

The San Joaquin County Public Works Department won the 2017 American Public Works Association Project of the Year Award, presented during an August 4, 2017 ceremony, in the transportation and roadway category. This award is provided to agencies who show excellence in administration, management, design, sustainability, construction, community relations, and teamwork. 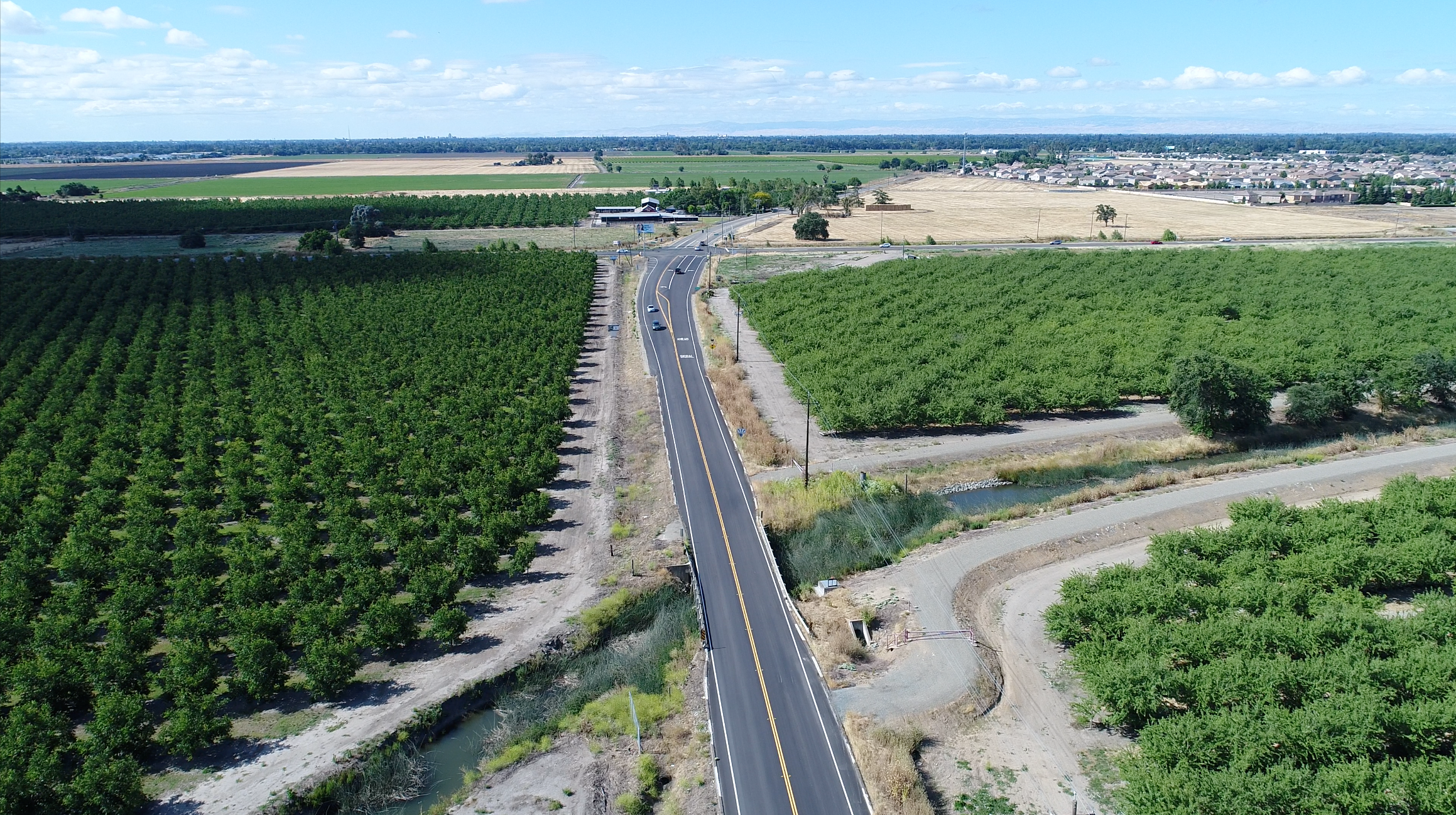 The State Route 4/Crosstown Freeway Ramp Extension Project in Stockton was completed in December 2016.  The $140 million project extends the Crosstown Freeway west, from Fresno Avenue to Navy Drive. The extension is carried on twin viaduct (bridge) structures that cross over Fresno Avenue creating a grade separation that no longer allows highway traffic to enter the residential neighborhood at Fresno Avenue. Navy Drive has been converted to a four-lane facility with auxiliary lanes and a partial interchange. This project will reduce truck traffic in residential neighborhoods, including the historic Boggs Tract, and improve traffic flow in an important area that connects the Port of Stockton with major transportation corridors. 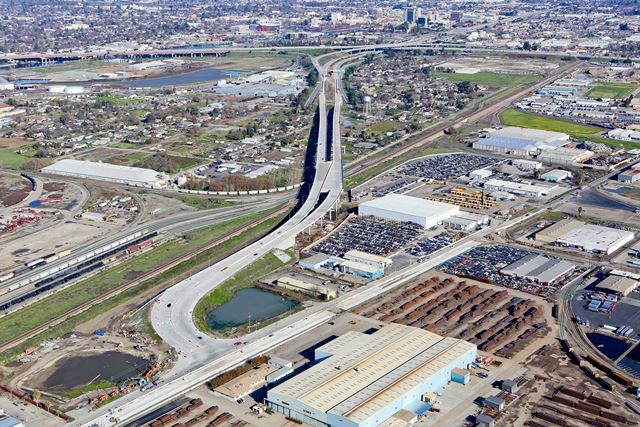 A ribbon cutting ceremony to celebrate the project's completion was held on Friday, December 9, 2016. The project began in April 2014 and was completed ahead of schedule.

The project was funded with $70 million in Measure K – the local half-cent transportation sales tax for San Joaquin County – and $70 million in Proposition 1B Trade Corridor Improvement Fund (TCIF) funds. 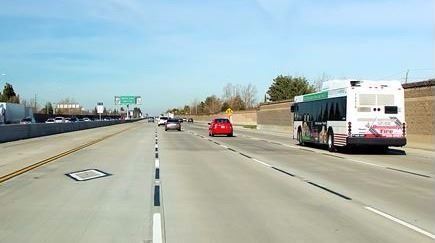 On November 2, 2016, Caltrans District 10 and SJCOG celebrated the completion of the  99/South Stockton project with a ribbon cutting ceremony. The ceremony was held at the new Park & Ride lot adjacent to the Mariposa interchange. 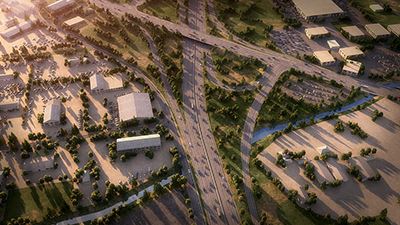 The $214 million project widened a four mile stretch of State Route 99 (SR-99) from four to six lanes between the Crosstown Freeway and Arch Road; built overcrossings at Dr. Martin Luther King Jr. Boulevard and Main Street; constructed a new interchange at Golden Gate Avenue; and replaced the Mariposa Road interchange to a full service interchange with new on and off-ramps and sidewalks for pedestrians. 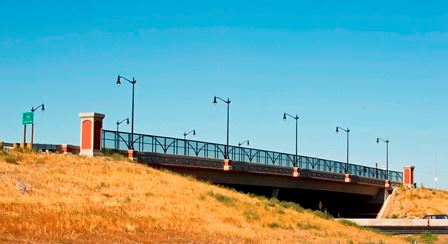 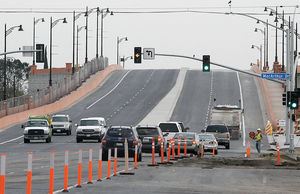 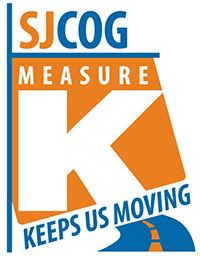 The Thornton Road Widening Project will widened 1.5 miles from Pershing Avenue to Bear Creek to four vehicle lanes, plus bicycle lanes. The project included improvements to traffic signals, street lights, curbs, gutters, driveways, and sidewalks. Limited sound walls were constructed with some landscaping near MacDuff and Aberdeen avenues. These upgrades are expected to improve traffic safety and operations. This $11.6 million project was completed December 2018. 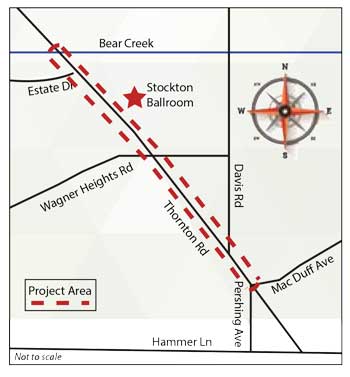 Construction is scheduled to be completed prior to the expiration of 55 working days.

The estimated total cost for the project is $1,488,000. Funding is broken down between two major sources: