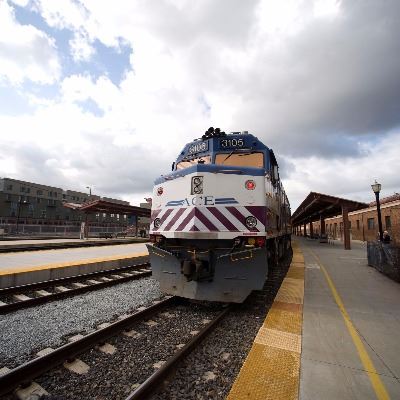 Commuter rail is gaining popularity among commuters and travelers. Rail travel removes the stress, congestion, and pollution of passenger vehicles. Commuters can also catch up on work, email, or sleep — activities not quite as feasible while driving a car.

ACE
The Altamont Corridor Express (ACE) is a commuter rail that connects Stockton to San Jose. It is named for the Altamont Pass through which it runs. The service began October 19,1998, with two weekday trains each way. Three trains began in November 2009, and four trains in September 2012. Ten stops encompass the 860-mile route; travel time is about 2 hours 10 minutes end-to-end. ACE has morning departures from Stockton and evening return departures from San Jose. San Joaquin Regional Rail Commission manages the service and has plans to extend service to Manteca, Modesto, and beyond in the future. Ridership peaked in 2016 with 1.3 million passengers. 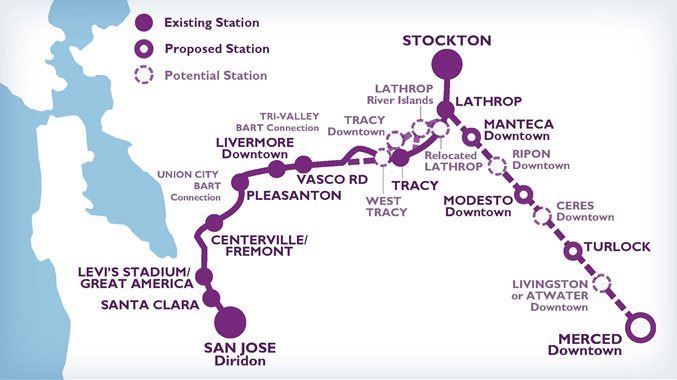 Amtrak
The Amtrak San Joaquin (aka San Joaquins) is an Amtrak passenger train. Twelve daily trains run between Bakersfield and Stockton, where the route splits to Oakland (four trains each way) or Sacramento (two trains each way).

The San Joaquin is Amtrak’s fifth-busiest service and third-busiest in California. During FY 2017, the service carried 1.1 million passengers, a .2% drop from the previous year. San Joaquin Joint Powers Authority manages and governs the San Joaquin. The train is also expected to use completed High Speed Rail tracks for faster service from Merced to Bakersfield. 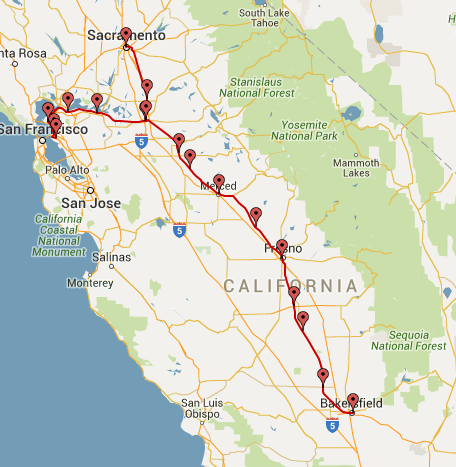 California High Speed Rail (HSR)
The California High-Speed Rail (HSR) system is currently under construction. California voters approved the HSR in 2008 under Proposition 1A. The route will span 800+ miles; Phase 1 will extend from Los Angeles to San Francisco, and the yet-unfinanced Phase 2 will connect San Diego to Sacramento. The fully electric train will carry passengers from San Jose to Los Angeles in 2 hours 10 minutes. 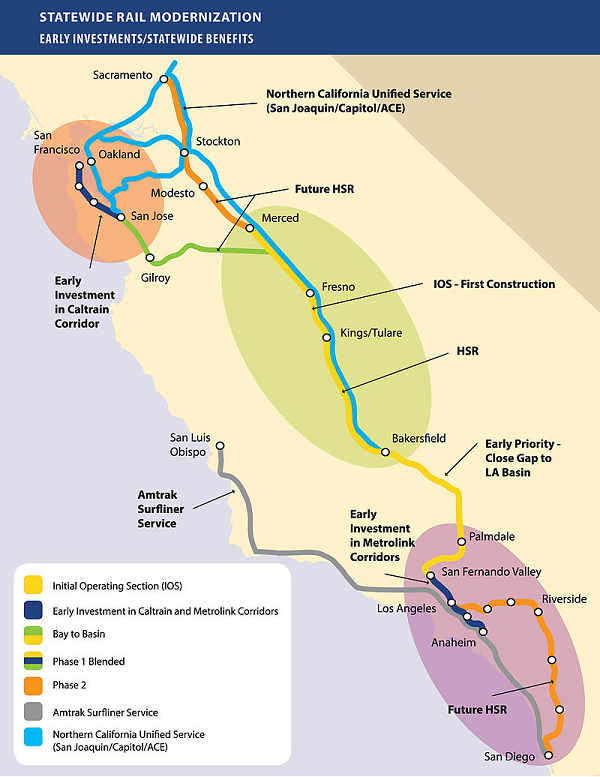 Some of the Latest High Speed Rail Construction
The first stage of construction is centered in the Central Valley between Madera and Fresno. There, the necessary grade separations, overpasses, and track viaducts are under construction. Highway 99 will also be realigned in Central Fresno.
Here is construction on the HSR viaduct overpass over Road 27 in Madera County. (Photo courtesy BuildHSR.com). 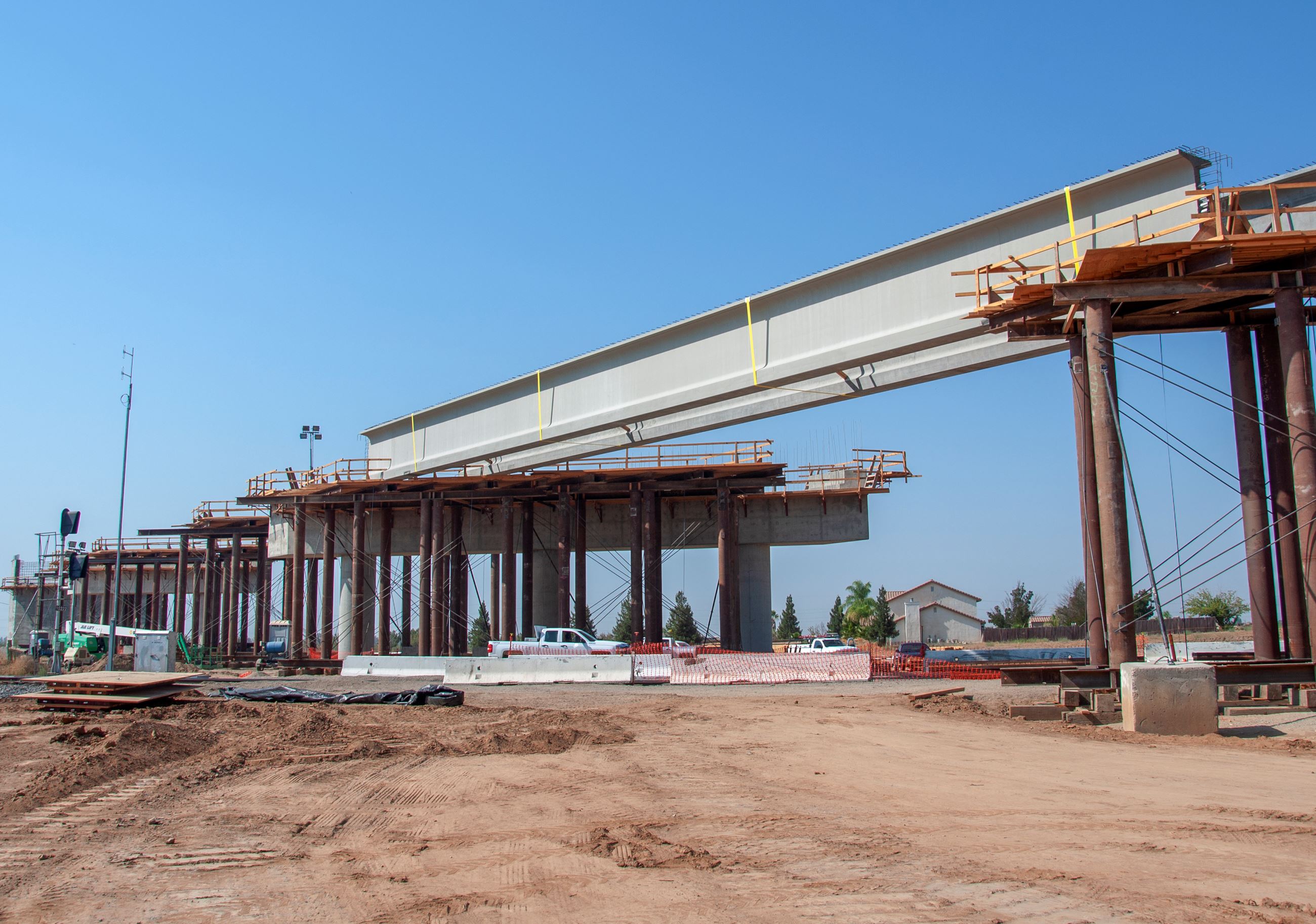